Automation by Voice Command is Here to Stay!

The use of voice assistants invaded the residential automation field once and for all. Read more about its impacts in this post! 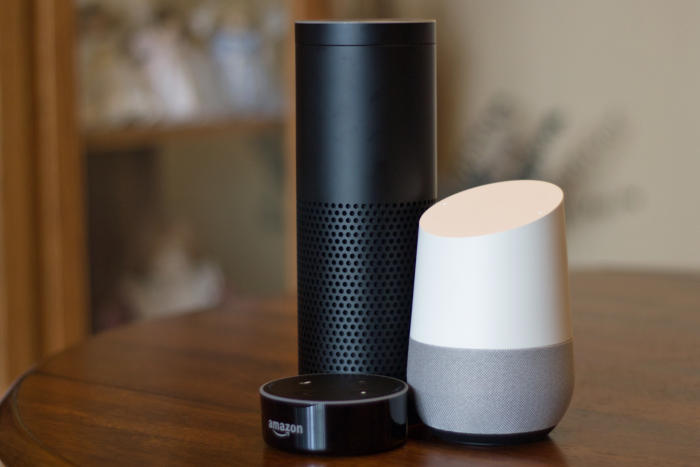 Home automation solutions are increasingly expanding user interactivity by introducing new command interfaces. The most recent of them, of course, is the launch of the voice assistant bases by the giants of the innovation market, Amazon and Google.

These devices make a bold statement, that voice gadgets are the core expansion of Internet of Things (IoT). It is a concept that takes into account the transition from the current communication by network to a new idea where objects will be able to communicate with humans and each other!

Nonetheless, communication systems and smart gadgets were listed as some of the top 10 technology trends in 2017 by the Gartner report. Currently in the US, about 36 million Americans use voice-activated assistant speakers such as Alexa and Google Home.

What will be the effects of this transition caused by the increasing use of voice assistants in the field of residential automation? This is what we will point out in this post.

INTERNET OF THINGS OR IOT: AFTER ALL, WHAT IS THIS?

To understand the application of voice assistants in home automation systems, one needs to understand how they are part of the adoption of the Internet of Things. But after all, what is this concept so used in fairs and technology lectures?

The Internet of Things (IoT) is a paradigm of technology that states that the future of the Internet lies not only in the current human-object interactions, but also in object-object interaction. These interactions consider that intelligent machines are objects with their own virtual identities, capable of sharing data, self-configuring commands, and interacting with environmental stimuli.

But how can we make them objects with quasi-human interactions?

Initially, objects acquire an unique identification once they are connected to the Internet. From specific communication protocols, these intelligent machines gain the ability to autoconfigure and self-manage. This is necessary to make autonomous decisions, react to the commands of external agents (men and other machines) and store collected information.

Voice assistants are objects fully integrated into this universe of possibilities, for a number of reasons:

THE EVOLUTION OF VOICE ASSISTANTS

The use of voice technologies for residential automation control is not new. The first experiences date back to the past decade and have always been tested by solution players. However, the technology – which was used mainly as fun by programmers with Arduino experiences – never managed to establish itself in the market due to technical and usability issues.

Phonetic recognition was not effective – there were serious difficulties in capturing and synchronizing voices until the evolution of microcontrollers and efficient speech recognition modules. However, the breakthrough came with the development of deep learning techniques in association with the storage and handling of large amounts of data.

Since then, the machines’ ability to analyze and act in response to information received from the environment has expanded and benefited voice technologies. The development of current bots such as Watson (IBM), Siri (Apple) and finally, the Amazon Alexa became crucial for the creation of intelligent and self-configuring automation devices.

The use of voice devices in smart homes has also been established because of the ability of new technologies to respond in real-time- the question of usability. The nuisance of speaking directly to an object has been reduced with real-time feedback. More than that, direct interaction for entertainment (tips on recipes, reading news, etc.) have made them more acceptable in everyday life.

In the future, the voice command will gain even more room in home automation with the consolidation of the wearables market . The advancement of these technologies is so pronounced that many technology experts have declared it the end of typing.

For example, Neocontrol solutions already rely on Apple Watch as the interface for setting up remote home automation scenes. 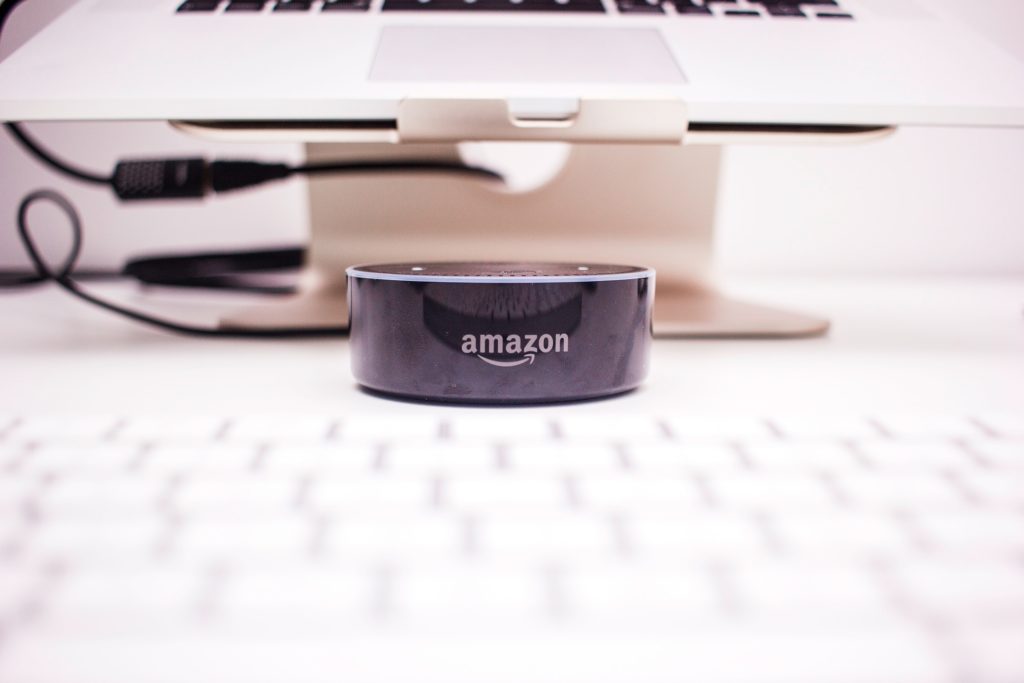 The feasibility of using the devices in residential automation projects is an opportunity for integrators, especially in the use of assistive domotics . The voice command is an efficient application to increase the accessibility of homes and reduce the use of remote controls, smartphones and even tablets with automation applications.

People with special needs and the elderly are the main beneficiaries of automation solutions focused on voice interfaces. Through direct commands, directed to the Alexa or Google Assistant voice assistants, it is possible to control an automation system applied in all its principles of Domotics (lighting, audio and video, security, air-conditioning).

Unit costs are also relatively low – Google Home and Amazon Echo cost an average of $100 -. These devices have a direct impact on the cost savings of the automation project. Integration as solutions in wireless home automation is perfect for replacing higher cost cabling projects with the end consumer and should be offered to the customer as part of their product mix.

Simple and practical to set up!